Today I visited Bath's Assembly Rooms. There was a British Costume Design exhibition and I thought the delicate illustrations by Anthony Powell were beautiful. 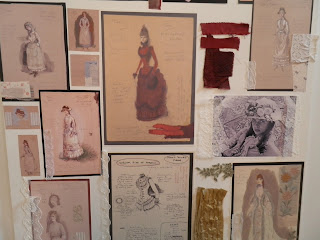 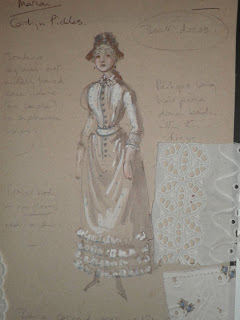 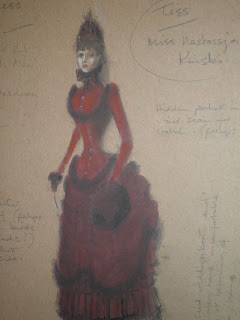 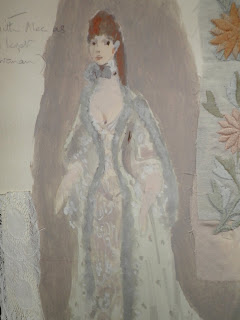 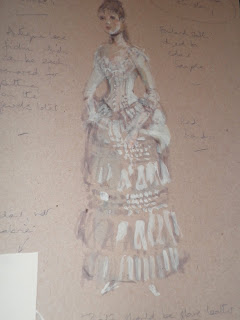 Below are some of the costumes created for the movie The Duchess, featuring Keira Knightley. Michael O'Connor was awarded an Academy award for Best Costume Design in 2008. The collection included a wedding dress and a pregnancy dress. The detail was exquisite and made up of ample luxurious textures and intrinsic patterns. 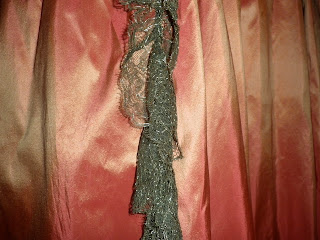 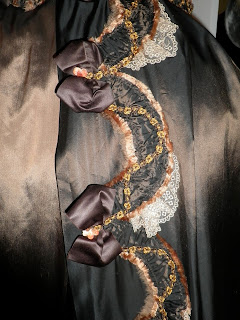 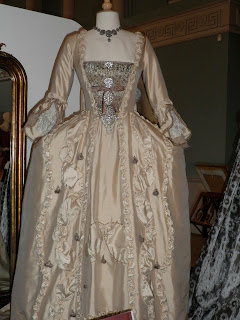 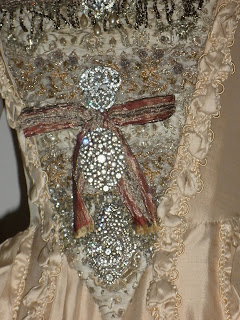 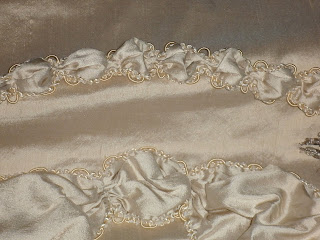 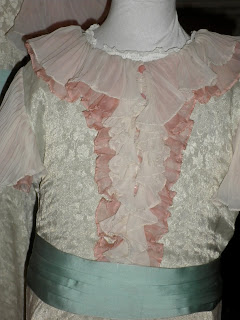 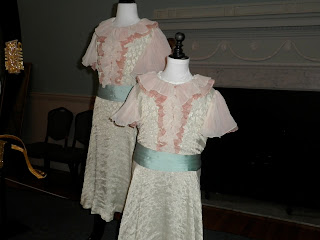 The costumes used for the movie Elizabeth were very extravagant. Decorated with bows, pearls and metal embroidery. Designed by Alexandra Byrne who said "I feel I have to completely understand the period so that I'm in control of the choices of what to use and not to use". 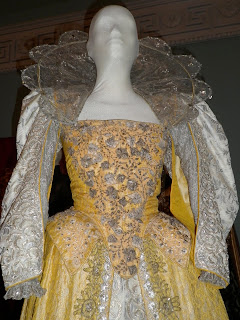 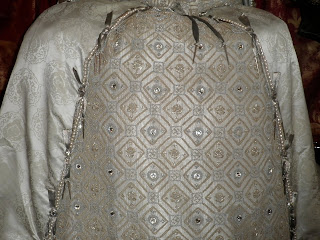 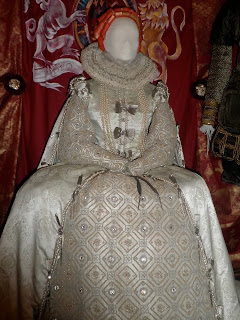 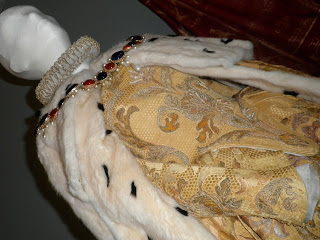